You can't write poetry on the computer. ~Quentin Tarantino

I am not a huge fan of poetry however I do have my favorites. For me Invictus by William Ernest Henley (1849-1903) has always meant alot to me. He wrote the poem from a hospital bed. I thought I'd share for those who may have not run across it. 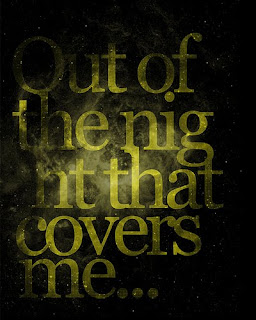 Out of the night that covers me,
Black as the pit from pole to pole,
I thank whatever gods may be
For my unconquerable soul.

In the fell clutch of circumstance
I have not winced nor cried aloud.
Under the bludgeonings of chance
My head is bloody, but unbowed.

Beyond this place of wrath and tears
Looms but the Horror of the shade,
And yet the menace of the years
Finds and shall find me unafraid.

It matters not how strait the gait,
How charged with punishments the scroll,
I am the master of my fate:
I am the captain of my soul
-WIlliam Ernest Henley 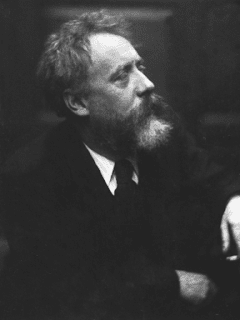 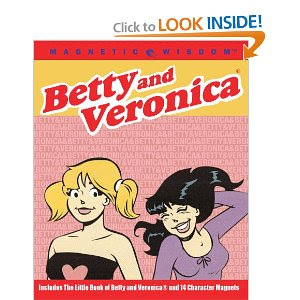 At $2.98 I couldn’t help but pick up Betty and Veronica: A Girl’s Guide to the ‘Comic’ World of Dating.

The saga of a love triangle comic book style - Betty vs. Veronica for the affections of Archie. Right up there with Arthur, Lancelot, and Guinevere, Carrie, Mr. Big, and Aidan or Bella, Jacob, and Edward (LOL).

A quiz to determine you comic book counterpart.
So who am I? I’m Betty Cooper with a little a touch of Cheryl Blossom.

Some magnets were included with nuggets of wisdom such as:
- Sharing is caring, but when it comes to boyfriends, get your own!
-I brake for prince charmings!
-Cute boys are a dime a dozen-and I'll take five dollars worth (does Veronica realize that's 600 boys!)

So I want to know - are you Team Betty or Team Veronica - OR are you like me who would have told Archie to take a hike a couple of decades ago?
Posted by Liz at 7:41 AM 5 comments:

Why did I use the above quote? I attented the Long Island Romanace Writers Luncheon yesterday. I had a great time talking with other writers, agents, and editors. However it seemed everyone was looking for Paranormal Romance and Young Adult Paranormal Romance. Yeah, I don't write that. And I won't attemtpt one either - it's just not my voice - I know it.

I did get a few requests so that's good. I'm still waiting to hear from an editor on my completed manuscript,Playing For Keeps.

when Google launches e-books expects that it will be BIG
see hardcover eventually going away
stores are buying less upfront
By next year 10% of Kensington sales with be from e-books
every morning he goes into google news and searches under 'book publishing news'
general ads (with the exception of Romantic Times) do nothing - $ better spent elsehwere.
Kensington Brava with be holding a contest Writing w/the Stars in conjuction with Romantic Times

There were two terms that were being thrown around and some of the writers at my table were unfamilar with them so I thought I'd define them here (with the help of Wikapedia)
Steampunk...
is a sub-genre of science fiction and speculative fiction, frequently featuring elements of fantasy, that came into prominence in the 1980s and early 1990s. The term denotes works set in an era or world where steam power is still widely used — usually the 19th century, and often Victorian era Britain[citation needed] — but with prominent elements of either science fiction or fantasy, such as fictional technological inventions like those found in the works of H. G. Wells and Jules Verne, or real technological developments like the computer occurring at an earlier date. Other examples of steampunk contain alternate history-style presentations of "the path not taken" of such technology as dirigibles, analog computers, or digital mechanical computers (such as Charles Babbage's Analytical engine); these frequently are presented in an idealized light, or with a presumption of functionality.

Dystopia is a vision of an often futuristic society, which has developed into a negative version of Utopia, in which society has degraded into a repressive, controlled state. A dystopia is often characterized by an authoritarian or totalitarian form of government. It usually features different kinds of repressive social control systems, a lack or total absence of individual freedoms and expressions and a state of constant warfare or violence. A dystopian society is also often characterized by mass poverty for most of its inhabitants.
Posted by Liz at 9:37 AM 1 comment: 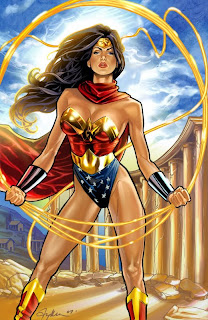 “Peace is a virtue. A state of mind, a disposition for benevolence, confidence, and justice. It is not simply the absence of war.” WW#199
Posted by Liz at 5:50 PM 3 comments:

"Chains do not hold a marriage together. It is threads, hundreds of tiny threads which sew people together through the years." ~Simone Signoret 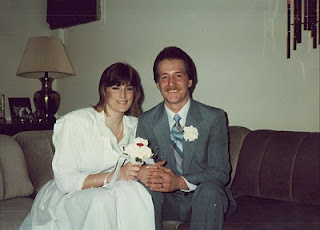 25 Years of Marriage. The Vatican hasn't called me yet to confirm that my canonization is being fast-tracked(being that I'm still alive and all) but still - since St. Elizabeth is taken, I thought St. Liz has a nice ring to it.

Even Bill Cosby agrees with me:
"For two people in a marriage to live together day after day is unquestionably the one miracle the Vatican has overlooked." ~Bill Cosby, Love and Marriage

Here are some more quotes on marriage:

"A successful marriage requires falling in love many times, and always with the same person." - Mignon McLaughlin

"Love seems the swiftest but it is the slowest of all growths. No man or woman really knows what perfect love is until they have been married a quarter of a century." ~Mark Twain

Okay - I can't help myself - I have to throw a funny one in:

"I love being married. It's so great to find one special person you want to annoy for the rest of your life." - Rita Rudner
Posted by Liz at 2:43 PM 7 comments: