Love Sports? Love Romances? Romancing The Jock is for you!

I'm happy to announce that I will be one of the authors contributing to Romancing The Jock!
What is Romancing The Jock?   (from the website) 'We are a group of authors who don’t just write about sports romance heroes, we’re actually sports fans. We want to share our love of our respective sport(s) from the point of view of a female fan.'

The official debut is January 1, 2013 - but check it out now by clicking on the link below and leave us a comment on what you'd like to see!

Email ThisBlogThis!Share to TwitterShare to FacebookShare to Pinterest
Labels: Fantasy Football, Football, Going For it, Playing For Keeps, Romancing The Jock

"Physical strength in a woman -- that's what I am." Tina Turner 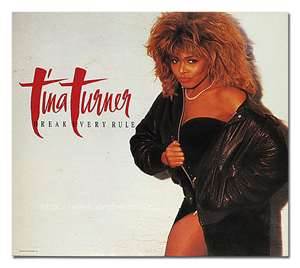 I was watching some Tina Turner clips on You-Tube and I thought ...duh...smack on the head.... spotlight Tina on my Quotes by Famous Women series!

Here are some inspiring quotes by Tina Turner!


"This is what I want in heaven... words to become notes and conversations to be symphonies.” Tina Turner


"Sometimes you've got to let everything go - purge yourself. If you are unhappy with anything . . . whatever is bringing you down, get rid of it. Because you'll find that when you're free, your true creativity, your true self comes out.” Tina Turner

Love these quotes! Which is your favorite?
Posted by Liz at 8:16 PM No comments:

Tebow or Sanchez ? Who would you rather...

see as a hero in a sports romance novel?

There is much debate among New York Jet fans and the sports media about who should be playing quarterback for the New York Jets.

But as an author of two romances with football players I think the more pressing question is who would make the better romance hero - Tebow or Sanchez?

First I'll start with the stats:

AGAIN this is a conjecture I'm my part --- where the fiction starts...

Religion is a big part of Tim Tebow's life. He's a little to clean cut for some ladies - a little to good to be true, but I could give him a heroine with a past that he has to come to terms with, leading the heroine to think he's self-righteous. OR perhaps he meets a woman who is nothing like what he thought he wanted and tempts him.

hmmm...could be a interesting story...

But what about Sanchez? The typical playboy quarterback has been done before BUT who doesn't like to bring that man down to his knees by a sassy heroine who he can't live with out. Maybe dig deeper into the playboy attitude - maybe because his father was so hard on him he is acting out now - doing as he pleases. Maybe I'll match him up with an older heroine to lead him back to maturity - maybe even a dominatrix.mm.

So tell me who makes the cut as a romance novel hero? Leave a comment and let me know!

Email ThisBlogThis!Share to TwitterShare to FacebookShare to Pinterest
Labels: Football, Going For it, Mark Sanchez, Playing For Keeps, Tim Tebow

No spring nor summer beauty hath such grace As I have seen in one autumnal face. ~John Donne 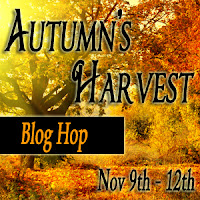 I'm happy to be part of the Autumn Harvest Blog Hop!

The spectacular colors of fall, the crisp air, yummy apple cider donuts, spooky Halloween, and my favorite holiday Thanksgiving are all reasons to love Autumn.

Ryan lifted her off the grass and they tumbled into the soft pile. Before she could catch her breath their lips met. The sound of leaves crinkling and cracking as he pressed his body against hers surrounded him. They sunk deeper into the pile. He lifted his head and licked his lips. “Mmm, you taste like cinnamon and apples.”
“I sneaked a piece of apple pie.”

“Bad girl.” He knew he should get up, but, damn, she felt so good beneath him. Damn good. “I’ve

worked up an appetite out here, I could use another taste.”

What do you like about Autumn? Leave a comment for a chance to win a copy of Playing For Keeps (print or eBook) and a set of my romance trading cards.