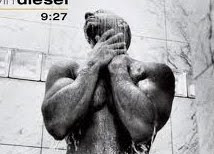 Good news....Ellora's Cave has requested a full on Playing For Keeps - keep your fingers crossed for me! Here is my six for this week....

Even though the shower could fit four easily, she backed up as he got in. “Um...” Having never showered with someone before, Samantha instinctively crossed her arms over her breasts.
“Stop hogging the water,” complained Ryan.
Feeling foolish, she dropped her arms and moved over so he could get wet. And so she could enjoy the view. With the water cascading over his rippling muscles, he looked like a fountain created by Michelangelo.
Then he ruined the effect by sweeping his hand along the top of his head, smattering Samantha with water.
“Thanks a lot,” she sputtered.
Posted by Liz at 12:01 AM 21 comments:

Kiss You All Over - Exile

Part 3 of my favorite love songs.

I've posted this video before when I wrote about kissing scenes and I'm posting it again because it one of my favorite songs (and I heart Keanu Reeves)
Posted by Liz at 5:45 PM 3 comments:

I wish all men were like dogs. Halle Berry 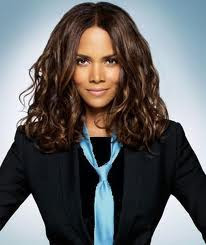 But Halle the men you pick out are dogs but not the loyal kind....

Possibly the most beautiful woman on the Earth - why she can't she keep a man - I mean what hope to the rest of us have? I know beauty isn't everything but it's pretty well known that she's a terrific person as well.

Obviously she has poor taste in men. I think I will scour the Earth for a male counterpart for her.

Here are some more quotes -

I'm done with men... I'm going to be alone. I have no luck with relationships. I don't think I'm made for marriage.
Halle Berry

I'm not sad at all about turning 40.
Halle Berry

The man for me is the cherry on the pie. But I'm the pie and my pie is good all by itself. Even if I don't have a cherry.
Halle Berry

The times may have changed, but the people are still the same. We're still looking for love, and that will always be our struggle as human beings.
Halle Berry

The worst thing a man can ever do is kiss me on the first date.
Halle Berry

Have to disagree with you there Halle - best know what kind of kisser he is upfront - as the song goes "It's in his kiss."
Posted by Liz at 4:45 PM 2 comments: 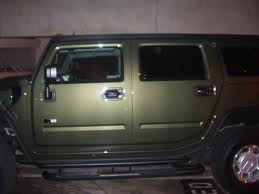 Fun and games are put on hold in Playing For Keeps when Ryan visits a children’s hospital. He doesn’t do it for the publicity but reporter Samantha Jameson finds out and is there to witness it and it’s a scene where she sees another side of him (other than the cocky football player). Anyway now we are in his POV - this happened outside his Humvee in the underground parking garage of the hospital.

As he held the door open for her she touched his face with her delicate hand. Their gazes met and something inside him broke. He pulled her into his arms, held on and tried not to cry. God, she felt so good.
With the smell of sickness and death left behind, Ryan wanted to lose himself in Samantha’s flowery scent…her scent of life. “Thanks, I needed that.”
He really needed so much more for her, but the hug was a good start.

(P.S. - and being a good heroine – Samantha will pull him into the back of that Humvee and give him what he needs)
Posted by Liz at 12:01 AM 20 comments:

"I dress for women and I undress for men." Angie Dickinson

Angie Dickinson had an awesome career but she is best know for the groundbreaking TV show Police Woman back in the 70's - the first successful hour long drama with a woman in the title role. Here are some quotes from Angie...

In Rio Bravo when Duke makes love to Feathers, the scene dissolves to the next morning where we see him putting on his vest and almost humming. It was subtle, but you knew what happened. Give me a towel and some blankets any day!
Angie Dickinson

My mother was against me being an actress - until I introduced her to Frank Sinatra.
Angie Dickinson

Without Police Woman I wouldn't have had a career. The show started about the same time the women's movement was taking off. Ours was the first prime-time one-hour show featuring a strong, professional woman. It paved the way for other series to follow. Angie Dickinson

Here we are in Chapter 6 of Playing For Keeps. Ryan and Samantha had sex in the hotel gym the night before then went back to their separate rooms. It's the morning and before he leaves for the stadium he stops by her room where she is getting ready also to report on the game. She tells him it can't happen again - he says I guess this means no good luck kiss... and she says it's just convenient sex for him and he says...

"Nothing about you is convenient."

Before Samantha could shut the door, Ryan reached out, putting his hand on her waist, pulling her to him.

She didn't resist. Instead she looked into his warring eyes, which conflicted with the gentle caress of his thumb across her cheek.

"Sometimes a man has to make his own luck."

Then he kissed her as if he was the conquering hero and she his conquest.
Posted by Liz at 12:01 AM 21 comments:

Without music life would be a mistake. ~Friedrich Wilhelm Nietzsche

Love Songs - Part 2
Love songs can be like a mini romance novel or slice of one.

My favorite genre of music is rock and hard rock. We're taking AC/DC, Guns&Rose, Springsteen-and on and on.

Swaying to the Music by Johnny Rivers is one of my favorites - it is so romantic! There is no music video since it was recorded before MTV so I choose this montage from Moonlight - still so heartbroken that the series was canceled but at least Alex O'Loughlin is looking hot in Hawaii 5-0
Posted by Liz at 5:44 PM 4 comments: 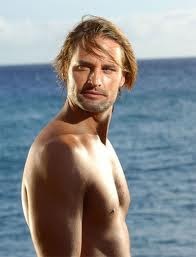 Going back a couple of chapters in Playing For Keeps.
Ryan has proposition Samantha to come up to his room (she is staying at the same hotel as the football team) They reached the elevator at the same time after checking in but she won’t get in and Ryan put his hand on the door so it won’t close as he awaits her decision...

Those hands could cradle the ball with such subtle grace that made her breasts ache in need. He caught impossible passes, using his long, slender fingers to coax the ball to do his bidding, like he would coax her to a climax.
“Coming?” he asked suggestively.
Samantha looked him in the eyes and swallowed her lustful thoughts. “I’ll take the stairs.”
Ryan shook his head in disappointment and dropped his hand. “Chicken.”
The door slid shut.
Posted by Liz at 12:01 AM 22 comments:

"Give me my robe, put on my crown; I have" Cleopatra from Shakespeare's Anthony and Cleopatra

The December 2010 issue of the Smithsonian included a wonderful article by Stacy Schiff entitled Rehabilitating Cleopatra.

Cleopatra ruled Egypt for 21 years and yet it would be men on the winning side of history, male writers throughout the centuries, and Hollywood directors who would label her a seductress.

As Schiff writes “It has forever been preferable to attribute a woman’s success to her beauty rather than her brains, to reduce her to the sum of her sex life.”
And
“Cleopatra would unsettle more as sage than seductress; it is less threatening to believe her fatally attractive than fatally intelligent.”

As much as I firmly believe this to be true I still think Elizabeth Taylor made a rocking Cleopatra.

Here is a suitable quote from Shakespeare's Anthony and Cleopatra - "My honour was not yielded, but conquered merely."
Posted by Liz at 5:10 PM 3 comments: 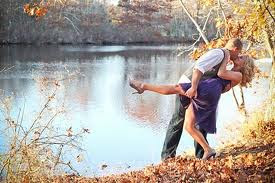 So excited to be back for Six Sentence Sunday. These six are from Playing For Keeps - Chapter 10.
When Samantha kicks at a pile of leaves Ryan has raked outside her family home (long story as to why) he throws her into the pile and kisses her.


From faraway he heard the screen door slam and her nephew yelling, “Ryan is kissing Aunt Sami!’
After leisurely ending the kiss, he said, “I’m in deep trouble now.”
“You’re a big boy.”
“You can feel that, huh?”
She playfully shoved his shoulder. “That’s not what I meant, but yeah you are.”
Posted by Liz at 12:01 AM 22 comments: