Love By Design... Russ has just been approached by a groupie. He doesn't say much and the groupie says she likes a man a few words and then...

Normally Russ would be happy with a woman who valued that trait in a man. He certainly did so in a woman. After pretty and uncomplicated, that is. Victoria was plenty pretty but complicated as a computer manual written in Spanish. And she was opinionated and mouthy like a political radio host.
So why wasn’t he throwing on the charm with the lovely lady right in front of him? Because he didn’t need too.
Posted by Liz at 12:01 AM 17 comments:

Who said -' A smile is a curve that sets everything straight.' ? 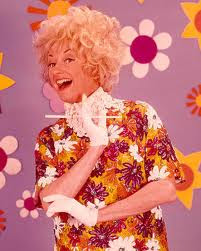 Phyllis Diller! I remember Phyllis Diller from Laugh-In, Hollywood Squares, and Dean Martin Roasts, She is one of the world's funniest people and did USO shows with Bob Hope. Here are some great quotes....


We spend the first twelve months of our children's lives teaching them to walk and talk and the next twelve telling them to sit down and shut up. Phyllis Diller


I buried a lot of my ironing in the back yard. Phyllis Diller

Burt Reynolds once asked me out. I was in his room.
Phyllis Diller

Housework can't kill you, but why take a chance?
Phyllis Diller

My recipe for dealing with anger and frustration: set the kitchen timer for twenty minutes, cry, rant, and rave, and at the sound of the bell, simmer down and go about business as usual.
Phyllis Diller
Posted by Liz at 12:01 AM No comments:

Six more from Love By Design - well actually 4 because I think I cheated last week with 7 - ok - 8 sentences (shhhh!!!!)


God, she was adorable when she was mad. He couldn’t help but kiss her, if only to shut her up.
He didn’t mean to be so rough when he picked her up but between his own temper and body pumping with desire he forgot she weighed next to nothing. But that didn’t stop the pint-sized vixen from kissing like a six-foot Amazon ready to order him to her lair.
Posted by Liz at 12:01 AM 16 comments:

“The pen is not just a recording device; it can also be an instrument of discovery.” Billy Collins

Here are some random things from Poets & Writers Magazine

From a series of interviews with first fiction author:

With William Giraldi, author of Busy Monsters:
People sometimes ask me when I chose to be a writer and I say about the same time you chose to be a man, or a woman.

I remember wanting to be a young literary sensation, as so many do. There’s obscene pressure on writers to be the next hot young thing. As if literature were a modeling agency. But let’s be honest. Most hot young things have nothing of value to say, and how could they? They haven’t read enough. It took me twenty-five years of reading and twelve years of practice to produce a book worthy of being in the world.

And even though I am not I great fan of Twitter I found the article by Lauren Cerand How to Use Twitter to Connect with Readers interesting.
Such as…
Having them follow you back is not as important as being in the position to respond to a question or opportunity they might offer their followers.
And
Categorize your tweets using hashtags, which organize topics of interest.

Then the article called Decisions, Decisions – Three Different Paths To Publication which follows 3 women on their path to publication. Michele Toth’s path got me thinking – here is a graduate of Harvard Business School who has gone the Indie route - so why shouldn’t I?

I was in the middle of researching this when I received a request for a full from an on-line publisher of romances – but I’m not holding my breath – while the manuscript has been sent I’m continuing my research so I’ll be ready to go if it’s a no.
Posted by Liz at 7:06 AM 1 comment: 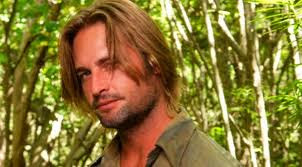 I've mentioned previously that Russ was created with Josh Holloway (from LOST) in mind. Russ has the same rough edge and bestows nicknames...in a previous scene he took a piece of cupcake for Victoria's fingertips...anyway this is after the first kiss which you read last week....


His smile mocking but his touch gentle, Russ drew her into his arms. As he bent his head to kiss her again she placed her hand on his chest in a stopping motion, his lips inches from hers. “Don’t you have somewhere to be?”
He straightened and laughed. “That I do. You make a man forget himself.” He opened the door but turned his head before leaving, his golden brown hair flipped with the movement leaving a couple of strands in front of his eyes. A crooked grin appeared on his face. “See you tomorrow, cupcake.”
Posted by Liz at 12:01 AM 16 comments:

To create one's world in any of the arts takes courage. Georgia O'Keeffe

Georgia Totto O'Keeffe (November 15, 1887 – March 6, 1986) carved out a significant place for women painters in an area of the American art community that had been exclusive to and is still dominated by men, but also she had become one of America’s most celebrated cultural icons.

Here are some quotes....
I decided that if I could paint that flower in a huge scale, you could not ignore its beauty.
Georgia O'Keeffe

I feel there is something unexplored about woman that only a woman can explore.
Georgia O'Keeffe

I found I could say things with color and shapes that I couldn't say any other way - things I had no words for.
Georgia O'Keeffe

I often painted fragments of things because it seemed to make my statement as well as or better than the whole could.
Georgia O'Keeffe

One can not be an American by going about saying that one is an American. It is necessary to feel America, like America, love America and then work.
Georgia O'Keeffe
Posted by Liz at 12:01 AM 1 comment:

Russ growled against her lips as her tongue joined his in what became a tango, each vying for dominance. His hand slid up to her aching breast, brushing the tip with his thumb. Releasing her hold on his back to reach for his belt buckle, Victoria thought she was losing her balance as her backside dipped into the bowl of the sink. Automatically she reached back, her hand mistakenly hitting the faucet, and cold water sprayed onto her skirt.
They broke apart like two dogs in heat being separated with a garden hose.
Posted by Liz at 12:01 AM 27 comments: