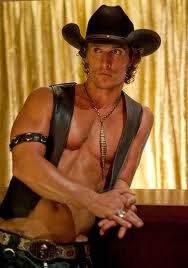 The heroine in Going For It (released date July 1) and a secondary character in Playing For Keeps (out now) is a supermodel so I thought for this post in my Quotes by Famous Women series I'd share quotes from a real supermodel...here are some more quotes from Cindy Crawford...

Watching your husband become a father is really sexy and wonderful. Cindy Crawford

Nobody in my family ever thought that I'd a be a model. Cindy Crawford

The thing I like about my body is that it's strong. I can move furniture around my apartment. I can ride my horse... I can play basketball. It's a well functioning machine. Cindy Crawford

I really like the quote about watching your husband become a father is really sexy and wonderful! Definitely heroine material!
Posted by Liz at 7:47 PM No comments:

Email ThisBlogThis!Share to TwitterShare to FacebookShare to Pinterest
Labels: Going For it, Playing For Keeps, Quotes by Famous Women, Romance Writer 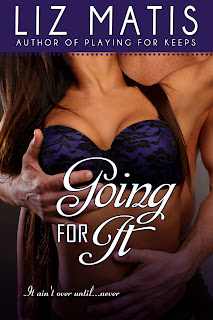 I know it's been a bit of a wait but the sequel to Playing For Keeps - is almost here. Going For It should be released on June 30th. Here is sexy cover and 'back cover blurb' to tease you with!

Pro football player Jake Miller’s game plan for winning back supermodel Hannah Hahn is play action in the bedroom. Once he sees beyond the swimsuits and lingerie, feelings of love blindside him, changing the rules of the game.

Hannah owns the runway, but that success came with a price and a secret that’s kept her from trusting a man until Jake crashes through her defenses.

The paparazzi love the beauty and the beast couple but the tabloid rumors turn ugly and test the fragile trust between them. Then Hannah loses an ad campaign to fashion’s new ‘it’ girl. Her desperate reaction will cause Jake to challenge everything she’s ever believed about herself.
Comments always welcomed!
Posted by Liz at 10:40 PM No comments: