We are just statistics, born to consume resources. Horace

I just stumbled onto the Stats portion of my blog. SO COOL!

So what does this all mean?

Say you were standing with one foot in the oven and one foot in an ice bucket. According to the percentage people, you should be perfectly comfortable. ~Bobby Bragan, 1963

The average human has one breast and one testicle. ~Des McHale

Still - it's nice to know people from around the world have stumbled onto my blog. What are the odds of that?
Posted by Liz at 6:59 PM 8 comments:

Email ThisBlogThis!Share to TwitterShare to FacebookShare to Pinterest
Labels: Stuff 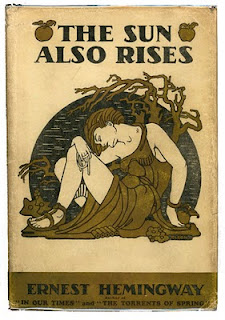 What book will you be reading this week?
Posted by Liz at 7:19 PM 2 comments: 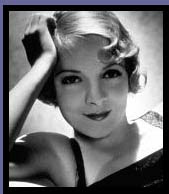 Gone With The Wind on Facebook...WWSD? What would Scarlett do?

On Facebook there is a link going around which creates a Facebook thread between historical figures - you know if Facebook was around back then. It is some funny stuff and got me thinking about literary characters. So I decided to try my hand at it with Gone WIth The Wind. Now the one going around on Facebook actually looks like Facebook but I couldn't for the life of me figure out how to do it myself - at least within the half-hour I allotted myself to do so - I mean I SHOULD be writing - then there were all the copyrights attached to the photos - so here is the imaginary Facebook thread I came up with. I hope you enjoy it.

Rhett Butler: Face it, he’s just not that into you.

Scarlett O’ Hara: Fiddle-dee-dee, like that will stop me.

Melanie Hamilton Wilkes: I thought we were BFF’s????

Rhett Butler: Takes one to know one.

Scarlett O’Hara: As God is my witness, I’m going to de-friend you.

Rhett Butler: Frankly my dear, I don’t give a F__K.

Never face facts; if you do you'll never get up in the morning. Marlo Thomas 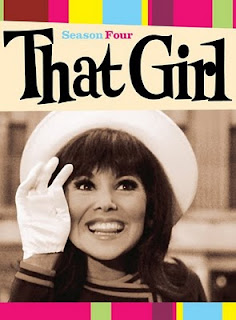 Though she's done wonderful things in her life, I will always remember her fondly as That Girl.
Here are some great quotes...


Nothing is either all masculine or all feminine except having sex.
Marlo Thomas

One of the things about equality is not just that you be treated equally to a man, but that you treat yourself equally to the way you treat a man.
Marlo Thomas

We've been taught to believe that actions speak louder than words. But I think words speak pretty loud all of our lives; we carry these words in our head.
Marlo Thomas

Her famous father Danny Thomas told her....
"I raised you to be a thoroughbred. When thoroughbreds run they wear blinders to keep their eyes focused straight ahead with no distractions, no other horses. They hear the crowd but they don’t listen. They just run their own race. That’s what you have to do. Don’t listen to anyone comparing you to me or to anyone else. You just run your own race."

"I want pills called September 10. You take one and your mind feels like the 11th never happened." - Doug Coupland 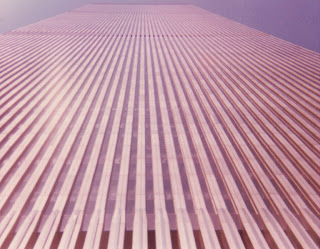 This is a picture I took of one of the towers during my 8th grade trip to NYC back in 1977.

Why can’t we find the universal in our differences? - Rita Dove 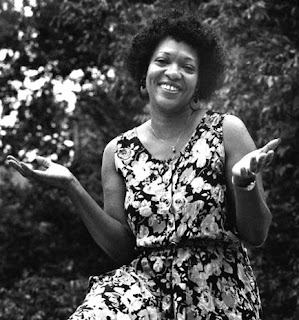 Read an interesting interview with Rita Dove in the July/August issue of the Smithsonian. Rita Dove was the first African American to serve as the US Poet Laureate. The interview titled Speed Reading asked her opinions on the future of literature. Here are 2 items that reasonated with me...

She believes that "blogs, Facebook, or Twitter does not diminish the power of literature because literature is shaped by intimacy."

“Literature is going to be looking for different ways to distinguish itself from the mass media, and it’s going to feel freer to experiment.”

It stuck with me so much that I dug up a few more quotes from Ms. Dove

"I prefer to explore the most intimate moments, the smaller, crystallized details we all hinge our lives on." Rita Dove

"If only the sun-drenched celebrities are being noticed and worshiped, then our children are going to have a tough time seeing the value in the shadows, where the thinkers, probers and scientists are keeping society together." Rita Dove

"There are times in life when, instead of complaining, you do something about your complaints." Rita Dove
Posted by Liz at 1:39 PM 5 comments:

The thing about anything in life is you have to get ready for it. Study, learn. - Jacqueline Bisset 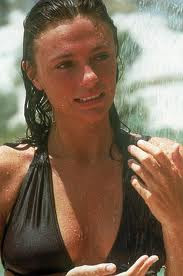 I remember Jacqueline Bisset from The Deep - the movie from 1977 with Nick Nolte (sigh, sigh - hey I was 14 and he was at the height of his hunkiness)

Anyway - here are some quotes from Ms. Bisset:

A mode of conduct, a standard of courage, discipline, fortitude and integrity can do a great deal to make a woman beautiful. - Jacqueline Bisset

I think I am an adult. - Jacqueline Bisset

I've probably understood men too well. I realise they are predatory by nature, and I have a certain acceptance of the male animal. -Jacqueline Bisset

Ideally, couples need three lives; one for him, one for her, and one for them together. - Jacqueline Bisset

My view is quite simple. When your dog pees on the carpet, you do not give away your dog. You say, This dog is special. I have to teach him not to pee on the carpet. I feel exactly the same way about men. They need to be taught things. -Jacqueline Bisset