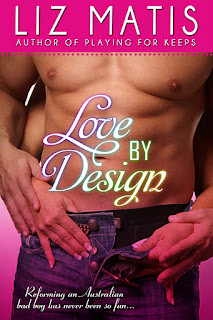 Victoria, former socialite wild child hopes the reality show will give her the clout to launch her own design line without her family connections. Russ, former bad boy Australian TV star is using the show to launch his acting career in the States.

Sparks fly on camera as they argue over paint colors and measurement mishaps leading to passions igniting behind the scenes. But when their pasts collide with the present will the foundation they built withstand the final reveal?
Posted by Liz at 10:46 AM