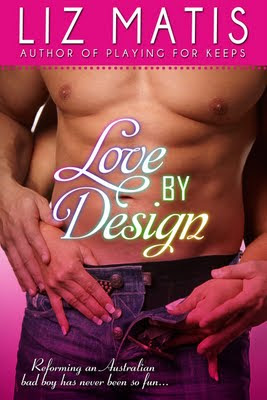 from Love By Design... release date - the end of October - but here is the book cover!!!! Please no licking your screen :))


With the cameras rolling, Russ eyed the sewing machine skeptically while rubbing the stubble on his chin. “I don’t know Victoria.”
“Just think of it as just another power tool.”
“A power tool?”
“Yes, like that jiggy thing.” She waved her hand toward Wood Working World.
“You mean the jig saw?”
“Yes, except instead of cutting up something, you stitch two pieces of fabric together.”
“It’s still sewing. Not that I’m sexist or anything.”
“Of course not, who would think that?” Victoria rolled her eyes for the camera.
He guessed he deserved that. But men didn’t sew; it’s simply not in the male genetic code