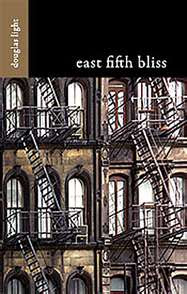 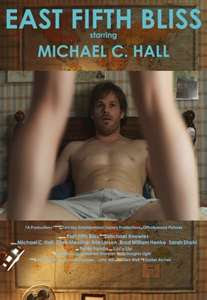 After the Actor’s Dialogue Panel my sister and I hit the stores. Lot’s of nice items to browse but I was good. Then we sat at an outdoor café and enjoyed a lovely lunch. (side note: Why are there no ice cream shops in Woodstock?) We attended the screening of East Fifth Bliss with Michael C Hall and Peter Fonda.
Here is the movie synopsis: Michael C. Hall is Morris Bliss in this coming-of-age tale of a 35-year-old with a wicked case of inertia. Bliss still lives at home with his father, mourns the death of his mother and just can’t seem to find a way out. When he stumbles into an awkward relationship with the sexually precocious, 18-year-old daughter of a former high school classmate, Morris quickly discovers his static life comically unraveling and opening up in ways that are long overdue.
I enjoyed the film – I give it 3 stars.

It was nice to have the director Michael Knowles there at the end to answer questions. And I had one – a big one – you see the movie shows Hall sleeping with all his clothes on at the beginning of the film – the 18 year even mentions it – as the movie moves along – each night Bliss removes one more article of clothing until he is sleeping naked.
So while I get this shows the character opening up - I wanted to know why is he sleeping in his clothes in the first place – so I posed this question to the director.
Me: “Can you talk a little about the symbolism of why he was shedding clothes.”
Director – Michael Knowles (I’m paraphrasing here) he says basically what I thought but adds that in the book when at the age of 14, Bliss’s is woken up to rush to the hospital – his mother his dying – he stops to dress and by the time he gets there his mother has died and he doesn’t get to say good-bye
Yeah – that’s big.
And there lies the problem of book to film.
The director went onto say that they didn’t use the scene because it was too dark and they wanted to keep the feel of the quirky comedy.

And why did he select this book? He was at a cigar bar in the East Village and a DVD of one of his films was being sold there and so was the book East Fifth Bliss by Douglas Light - and the author and filmmaker agreed on a trade! Then they spent the next (I think he said 2 years) writing the screenplay together. Cool story.
Posted by Liz at 9:14 PM