Since last weeks snippet was such a success I will continue a little later in this scene. Victoria has just finished off Russ by licking off ALL the chocolate she painted on his body. While he recovers she begins drawing on herself with whipped cream - then she draws an arrow from her breasts down to her - well you know... and this is Russ' reaction. 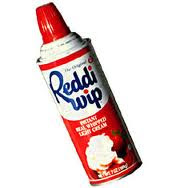 Something inside Russ snapped. All the energy she zapped from his body returned like a bolt of lightning waking Frankenstein from the dead and his thoughts just as carnal and primitive as when the monster saw his bride. Picking her up, he threw her onto the bed. The line of whipped cream beckoned his tongue. “I don’t need any damn directions.”
Posted by Liz at 12:01 AM