SIX days until The Sport of Romance releases! - You can pre-order it now for only 99cents! Yes, 10 books, 10 authors, 1 Hot Price! (Links below)

Each day until release day, I'll be spotlighting a snippet from one of the books included.

A slip of paper sat on top of the money. It was worn and yellowed, the creases held together by tape in some places. The ink had faded, but she still recognized her own handwriting.

It was the same note she’d left in Ben’s hotel room that night. 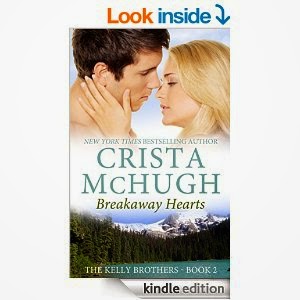 She closed her hand around the note and dashed out the front door after him. Most of the local business had closed, and the streets were nearly deserted at this hour. The streetlights cast cones of light on the sidewalks below. She looked to the right, then the left, searching for the man she needed answers from.
Several heartbeats later, she spied a solitary figure climbing into a Land Rover. Hailey ran toward him and grabbed his shoulder, spinning him around. She didn’t care that he had a cane in his hand that could probably leave her battered and bruised if he chose to use it. She held up the note. “What’s the meaning of this?”
He searched her face for a moment as though he were worried he’d made a mistake. Then he pulled her against him and covered her mouth with his own.
At first, she was too shocked to move. She stood there in his arms, paralyzed as he kissed her. When her arms decided to move, they betrayed her. Instead of pushing him away, they wrapped around his neck. Her mouth opened and allowed him to deepen the kiss.
Dear God, he was even better than she remembered. The warmth she’d felt earlier from his touch was a mere candle to the raging inferno that blazed through her now. She pressed her body against the hard planes of his chest, his abs, his shoulders. She followed his tongue in a seductive entreaty that made her forget about the pain of the last nine years. It was as if time had reversed, and they were back in that elevator on their way to his hotel room.
And if she had to do it all over again, she doubted she would say no.


He pulled away, heat simmering in his eyes. “I thought that was you.”

Email ThisBlogThis!Share to TwitterShare to FacebookShare to Pinterest
Labels: Boxed Set, Hockey, The Sport of Romance