"If you want a place in the sun, you have to expect a few blisters." Loretta Young 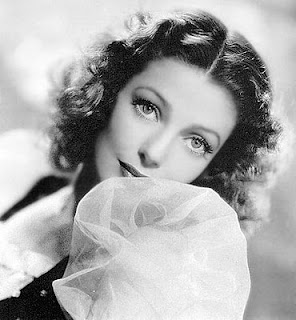 The above quote is so true! Here are some other great quotes from Loretta Young - oh and let me know how you like the new look of my blog - should I go back to the old template? Try again? Go back to the old one?

The easiest way to crush your laurels is to lean on them. Loretta Young

A charming woman... doesn't follow the crowd. She is herself. Loretta Young

Certainly tears are given to us to use. Like all good gifts, they should be used properly. Loretta Young

I do not hold with those who think it is all right to do whatever you want so long as it doesn't hurt anyone. Who's to be the judge of that? Loretta Young

The split second she ceases to care is the only time a woman ceases to be attractive. Loretta Young

She considered herself a devout Catholic but she was no angel for sure. (Had an affair with the married Clark Cable and had his child) So it is no wonder Marlene Dietrich said of Loretta Young....

"Every time she `sins,` she builds a church. That`s why there are so many Catholic churches in Hollywood." - Marlene Dietrich
Posted by Liz at 3:20 PM